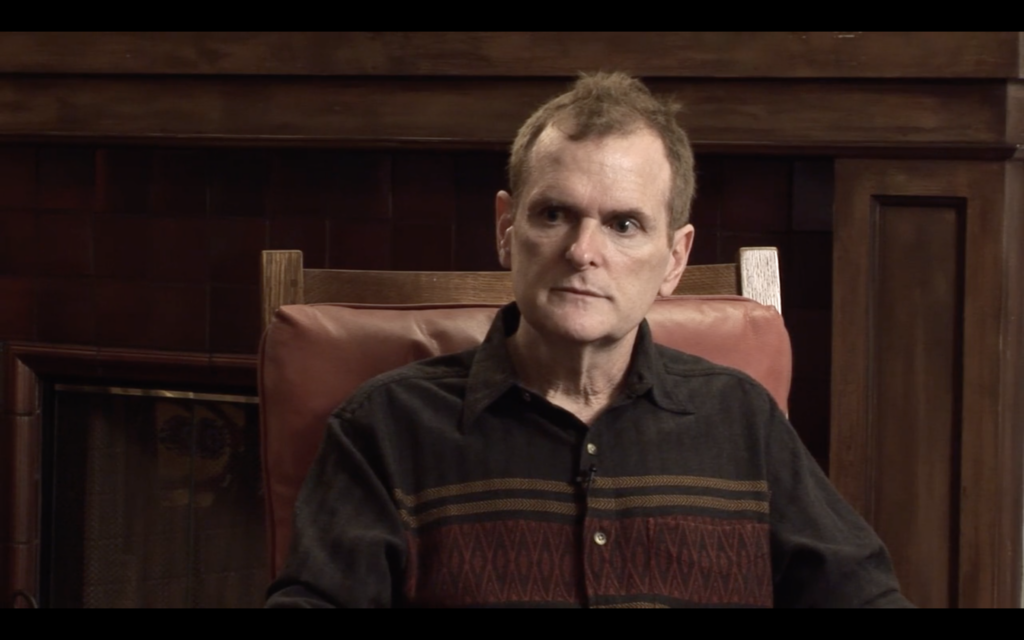 James Foley is an award-winning director and writer.  In 1984, Foley made his directorial debut with Reckless, which starred Aidan Quinn and Daryl Hannah. His 1986 film At Close Range was entered into the 36th Berlin International Film Festival. He directed Glengarry Glen Ross, based on the 1992 play of the same name by David Mamet. The Corruptor, his action film, based on the novel of the same name by author John Grisham, starring Chow Yun-Fat and Mark Wahlberg, was released in 1999. His 2003 film, Confidence, starred Edward Burns. In 2007, he directed Perfect Stranger, a thriller starring Halle Berry. He also directed the two sequels to Fifty Shades of Grey: Fifty Shades Darker (2017) and Fifty Shades Freed (2018). (Information from Wikipedia)

Listen to the audio version Part 1

Listen to the audio version Part 2

Mr. Foley, we’re going to look at the opening five minutes of one of your movies, Perfect Stranger. And we will try to understand some of the micro-dynamics of the patterns and techniques that you use to have emotional impact. And eventually. we will get around to thinking about how those things could be applied, and how they could be used in the healing arts.  And how we can take things from the creative arts and bridge them into everyday life.

(In the background you are showing) deep into the human eyeball. You are looking right to the nerve. Yes, right into the retina, into the nerve endings. And the point I wanted to establish is that our focus is going deep inside the internal mind of the main character, Halle Berry. When the movie starts, it’s working on one surface level of reality. But I wanted the audience to be sort o primed — to be aware of what is motivating and what wheels are turning inside Halle Berry’s head.

Now, your audience has no idea of what that image is. And this is working on some relatively primitive side of the brain to stimulate an understanding. And one of the things that you’re thinking about is the process of communication. You’re thinking about how to set something up, which is only going to become clear in the future. (Foley says Yes.)

And I told you that hypnosis is something that I study. And if we’re creating a hypnotic experience for a person, we might have them look at a candle, or we might have them close their eyes and imagine a kaleidoscope of colors. One of the first things in hypnosis is to capture somebody’s attention. And what you have done is capture the attention of your audience. And you have done that through ambiguity. You show them something that they cannot possibly understand, which is fascinating. And ambiguity can be a principle about how to create emotional impact.

And now you are also thinking about process — how you are going to create some dots. And you are going to elicit from the audience the energy to connect those dots. And that’s an important principle of emotional impact people don’t necessarily understand, because people want to explain, explain, explain. But this idea of creating the dots, and then allowing the person to energize by connecting the dots is meaningful. The other thing is, you are thinking deeply into the core of the movie, and you are setting something up, that is not going to become apparent to your audience for at least an hour into the movie. Was that something that you planned?

I am just very much interested in the psyche as a mystery, foreign land that needs to be explored. And I think the best way to get people involved in this exploration is to promise them that they’re going to discover something that they didn’t know in the beginning of the film. So it’s, and it’s part the ideas itself, but it’s part of what I call eye candy in the best sense of the word, where there is just visual images that are more arresting than other images. And so that’s where I feel like the art of the cinema comes in where we’re using primarily, visual medium to elicit responses from people. So I love when somebody is talking on the first level about some facts, but the real story is happening in, in between their words. And in the subtext, that’s where I think the action is.

I am most interested in the idea that it is not necessarily apparent in a superficial interaction if people have suffered trauma when they were young. They could be very well put together and well spoken. And over the years they have developed a neurosis, which to me means it is their way of coping with that trauma and putting it into place so that they can function. But it has never really been resolved. So, in a sense, I see the whole movie as a way for Halle to resolve her trauma, to be free of it, because she is a slave to it.

Mr. Foley, this is our second interview. I just want to review what we accomplished in the first interview. There were 10 themes that we talked about. And one of those themes was jumping into action, uses the principle of emotional impact. jump into action, which, for example, you did in Perfect Stranger: immediately we are involved in the story.  A second principle is that we talked about was the process of communication — how you enter, offer, and exit, and that you can empower communication by this three-step process.

In the setup, you want to get your audience attuned, and you want them to respond to the energy that you are putting out. Now, I talked with someone who was on the composing team for the movie, Perfume. And he said that they brought the actors into a studio, and they listened to the voice tone. And then the composing team made the music for that actor in such a way that it would reflect the natural speech sounds of the actor.

Well, that’s fascinating. I have never heard of anyone doing that. That’s great.

So, the story becomes second nature. And it then becomes about that the emotional psychological impact you are having each and every moment of every scene, is consistent with the overall story, as well as serving up the individual moment. I cannot predict the emotional response of 100 people in Iowa. But I do believe that there is a collective unconscious, if you want to call it that, or a collective consciousness on some level, where I am part of the species. I think cinema is a worldwide, species-wide event. If it’s done excellently and purely cinematically, then it should be understandable across all cultures.

One of the setup techniques that you used is a kind of priming, for example, in Confidence, the banker is a mark. And in an early scene, we see that banker, but we don’t realize until a later scene that this banker is going to be the mark who’s chosen. And so that early scene primes in our subconscious mind we are going to see later on. Are you thinking about it that way?

A concept is no hanging threads. So, you present this little thread, and you tie it up. For example, in Who’s That Girl, we see the boss and he has fencing swords, and we don’t know where that’s going. But at the end of the movie, there’s a fencing scene. And so it’s as if you established this thread, and then you come full circle. And that is very pleasing emotionally, except we don’t recognize why. But you have to be thinking, ‘no hanging threads.’